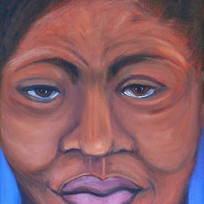 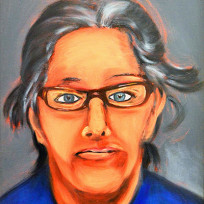 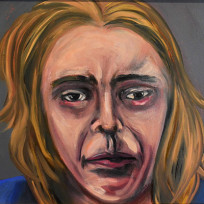 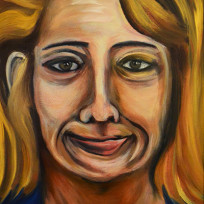 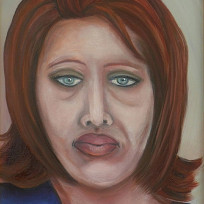 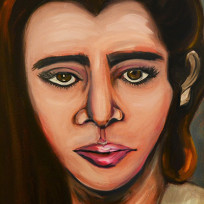 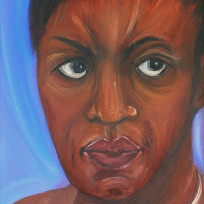 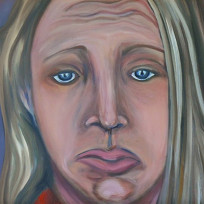 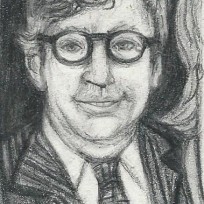 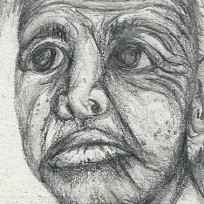 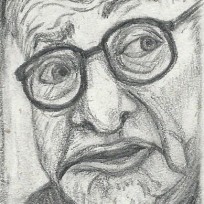 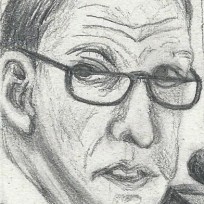 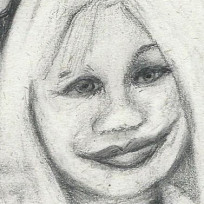 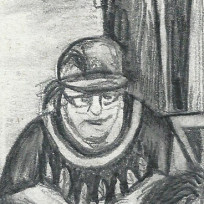 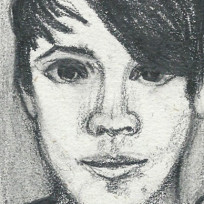 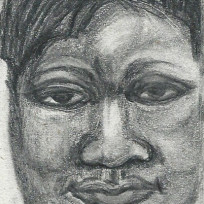 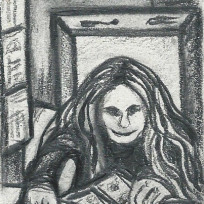 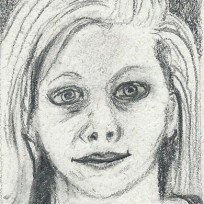 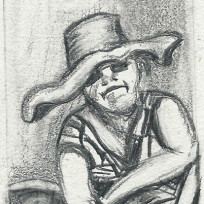 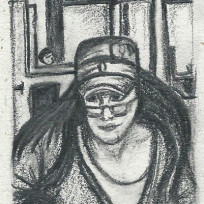 I collect images and for whatever reason, I had put aside a news clipping about a cool looking “Bag Lady Bandit” who had robbed multiple Bay Area grocery store banks wearing designer shades and carrying a fancy designer hand bag.  Intrigued, I drew a small version of her newsprint mugshot.  As her likeness came to life with every mark I made, I wanted to know more.  Doing what I thought would be a quick internet search, I was surprised to learn this Bag Lady Bandit was not alone.

What I found was that hundreds of women were robbing banks, especially, it was reported, after the financial downturn of 2008. I was struck by how everyday-girl-next-door-lady-across-the-street so many of the bandits appeared to be. I also became fascinated with the fast one-off nature of the mugshot and the emotion it is able to capture in that dramatic booking instant.

Those investigations led to a series of sixty-two trading card-sized graphite drawings that also include some “Wall Street Bandits”, eight mugshot oil paintings, and a video compilation and musical distillation of televised news reports.  I also created a line of “Banksters” merchandise and will be donating a portion of those sales proceeds to nonprofit organizations that assist women in crisis.